I am looking for a new home for Tucker who is a six year old fawn colored, male pug.  Tucker is obedience trained, has points towards his conformation championship and is very friendly and loving.  Despite having 24 teeth pulled recently (at a cost of $1,600), he does not have any problem eating hard kibble.  There is some pigmentary keratitis  (pk - dark pigment) on his eyes, and this causes minor vision loss,  but does not affect his lifestyle.  To combat the pk, he gets daily eye drops.   Otherwise, he is in great shape and perfectly healthy.

Tucker and my two girl pugs go for a walk almost every day of the year.  This keeps everyone in shape, including me!  He is not neutered because he has such excellent bloodlines.  His sire is Grand CH Poohpugs Hurricane Carter and his dam is Lyntom’s Amy Farrah Fowler, who have some of the top Canadian and American Champions behind them.

I love him to pieces.  He is very smart and quite handsome.  However, as a snow bird, I am only able to take a maximum of two pugs with me to Yuma, Arizona.  I am asking $900 for him.   Please contact me if you are interested.
Karma gave birth to solid black puppies on March 24, 2022. 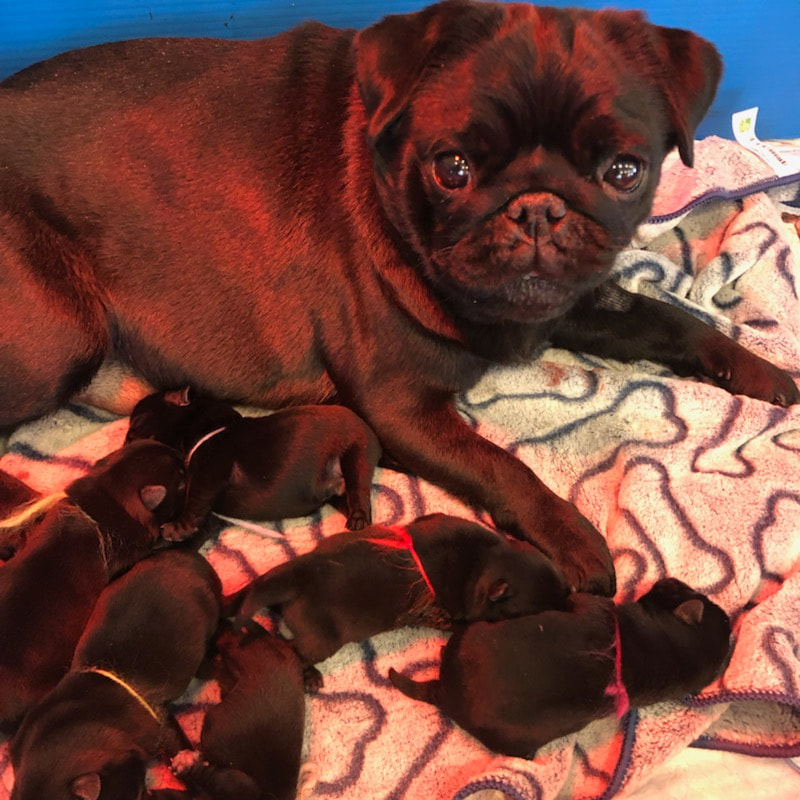 Here is Lola at 9 weeks pregnant. She looks like she's carrying 4 babies not one!
Birth Announcement - September 1, 2019
Farrah and Jim are proud to announce the birth of two shiny black girls born around midnight on September 1, 2019.

Both puppies were breach births.  The first one became stuck (with nothing but her hind legs dangling out) for a long period of time.  I was finally able to get her out by wrapping her In a terry towel dish cloth and pulling her out gently.  She gasped for air upon arrival but did not move around for the first hour of her life.  We kept massaging and rubbing her under a heat lamp until finally she began to move.   Then she let out a small cry of protest.   We knew at that moment that she would live and we both gave a sigh of relief.

The second puppy arrived three hours later.  This one came out kicking and fighting!  As soon as she was rubbed dry, we put her on a nipple where she settled in for a big meal.

The two girls are quite large for newborns – weighing in at 8 and 7-1/2 ounces respectively.   In the past we have had puppies who only weighed 3-1/2 ounces.  The average is about 6 ounces. 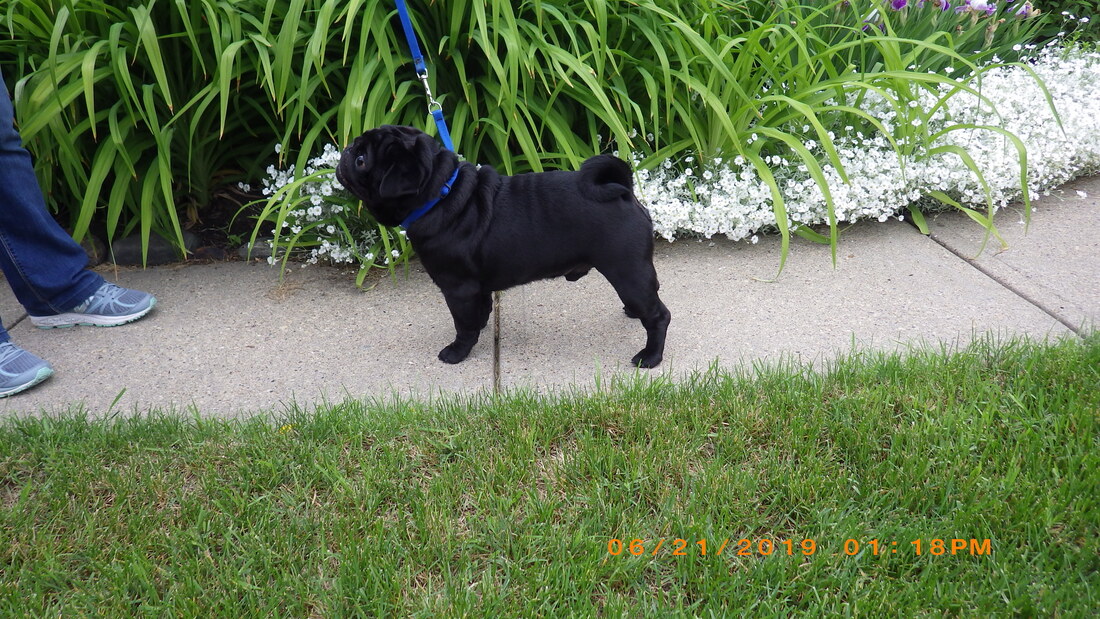 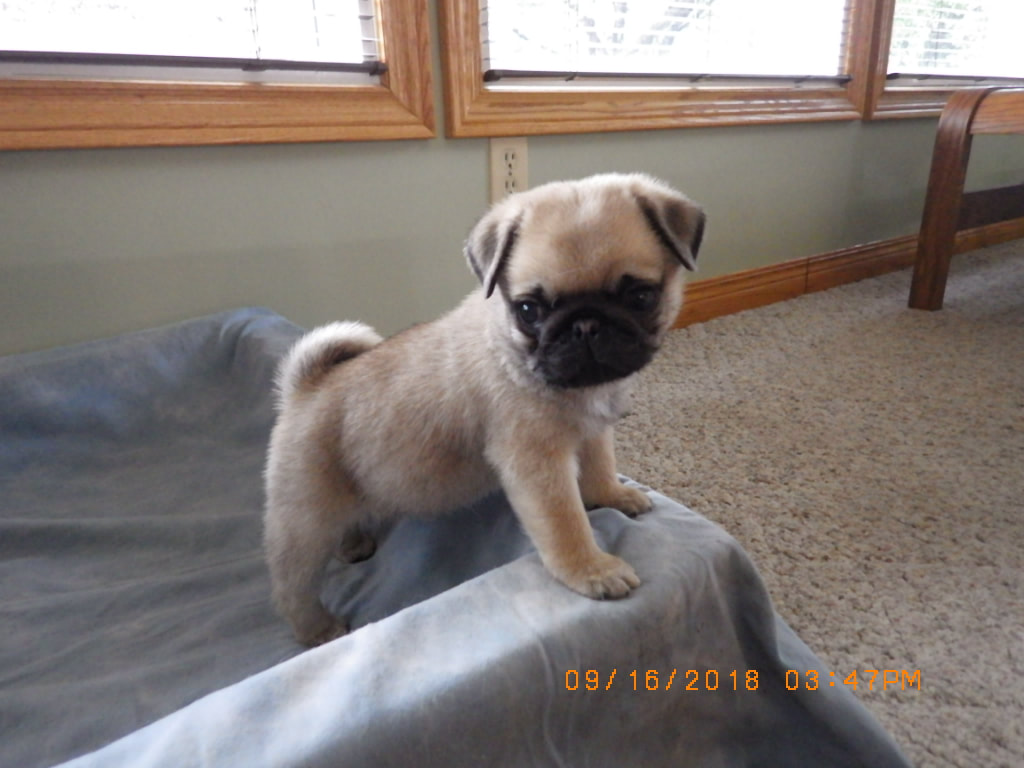